Our Passive Infrared Sensors combine high-performance optics and advanced circuitry with the highest grade components available, re-introducing the concept of reliable and dependable protection for CCTV switching and alarm activation.

Our Dual-Zone PIR sensors combine horizontal and downward curtains which require simultaneous activation for alarm, perfect for use in both domestic and industrial outdoor applications. 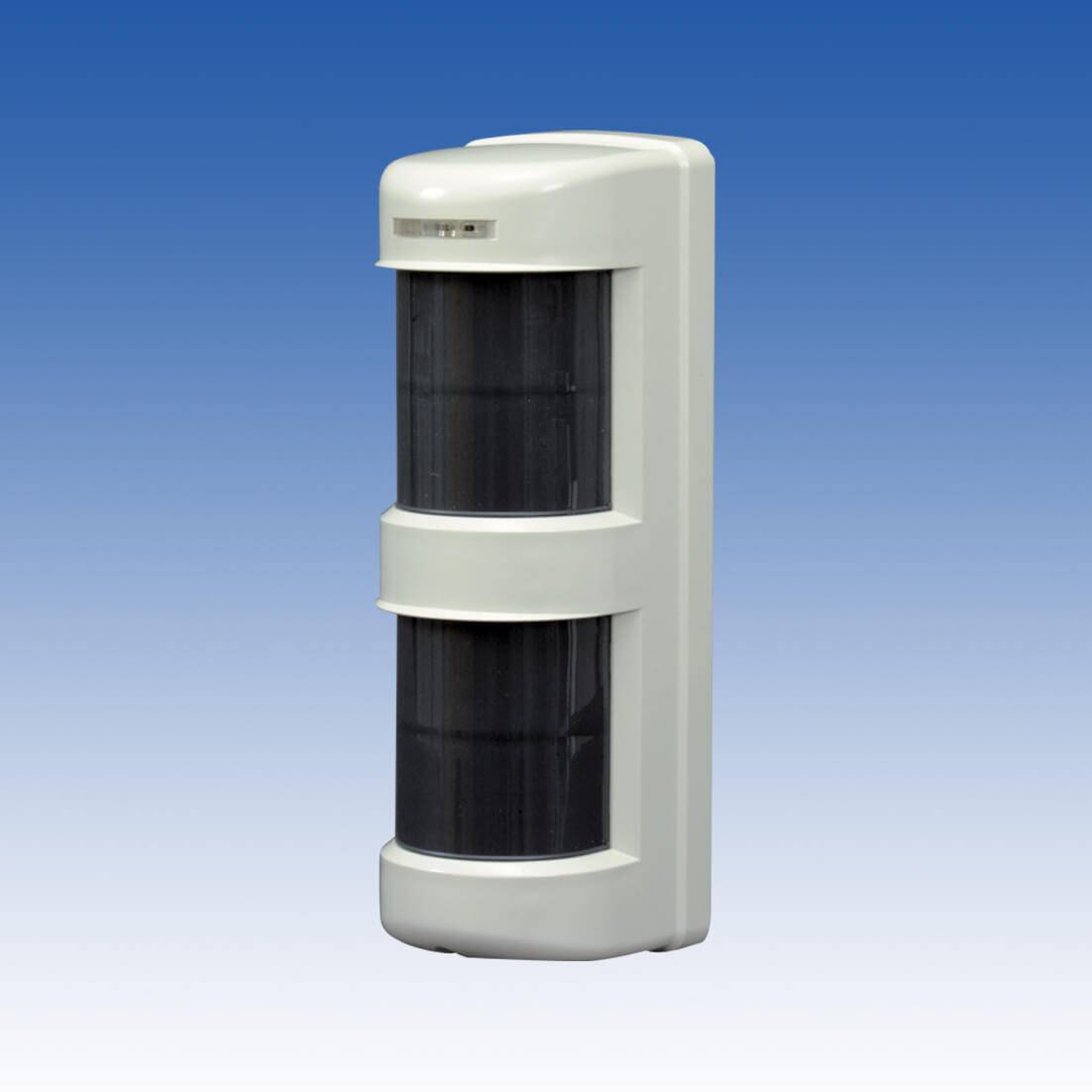 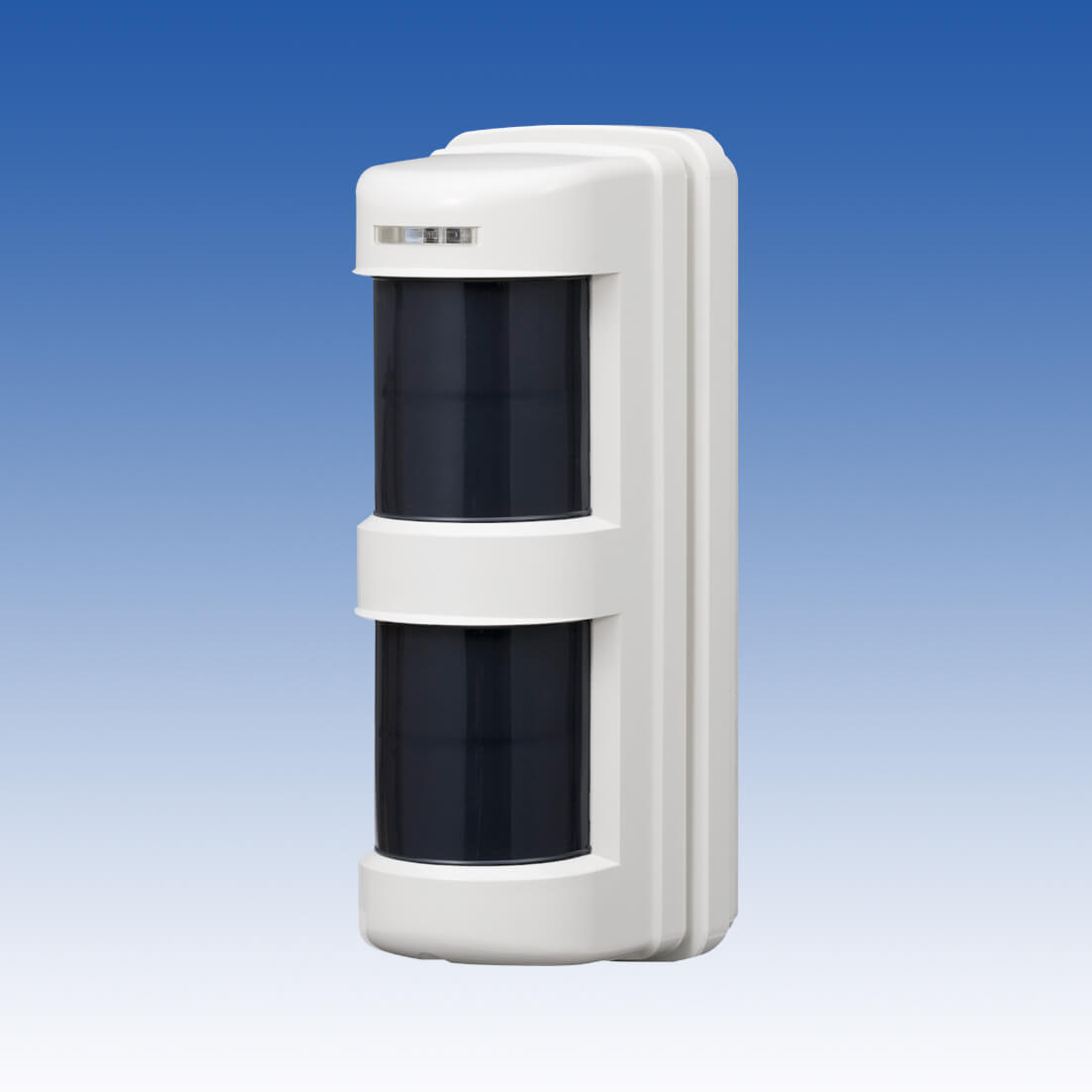 Powered by an alkaline or lithium battery for rapid deployment in remote areas. 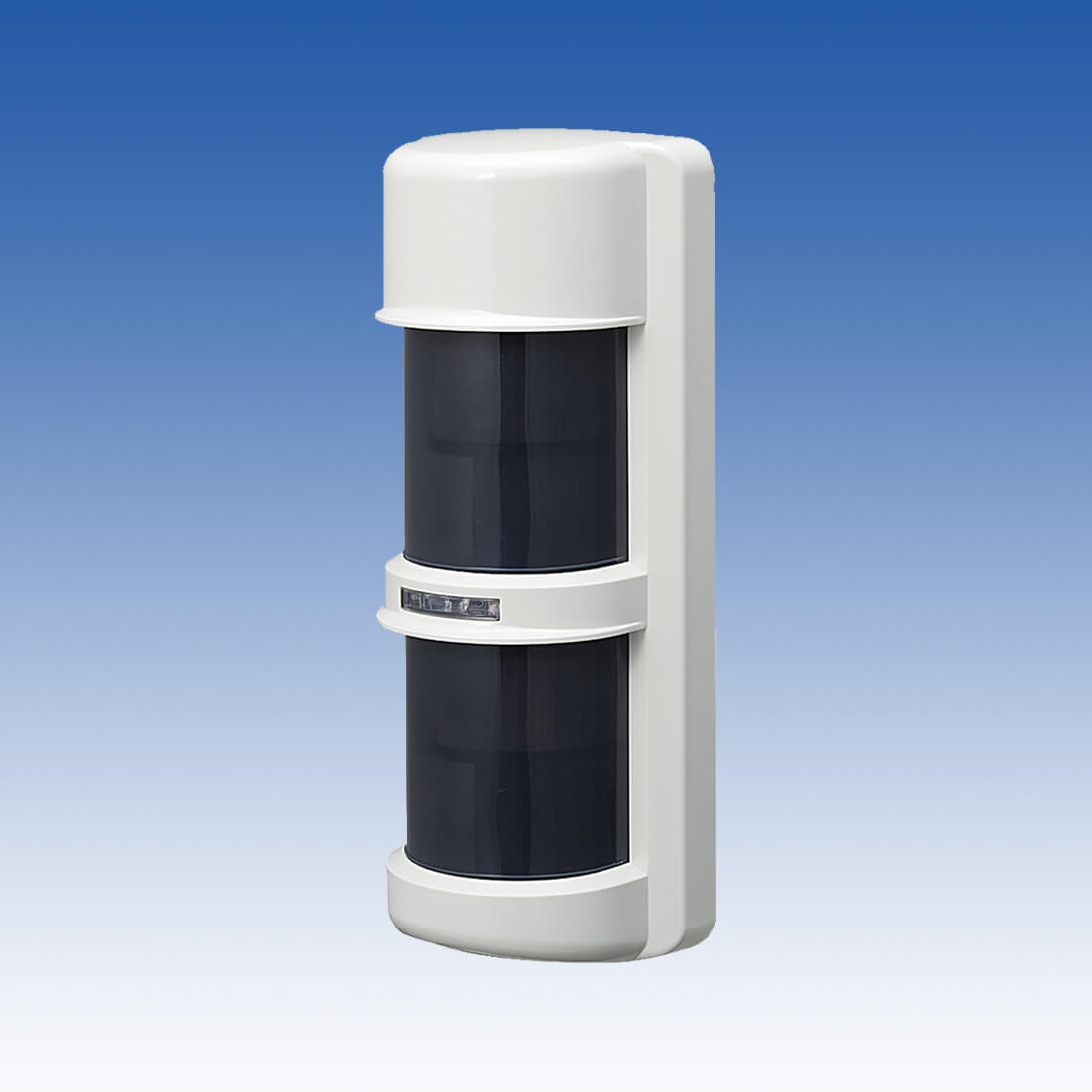 Stationary optics but the same versatility for Dual-Zone detection on a budget. 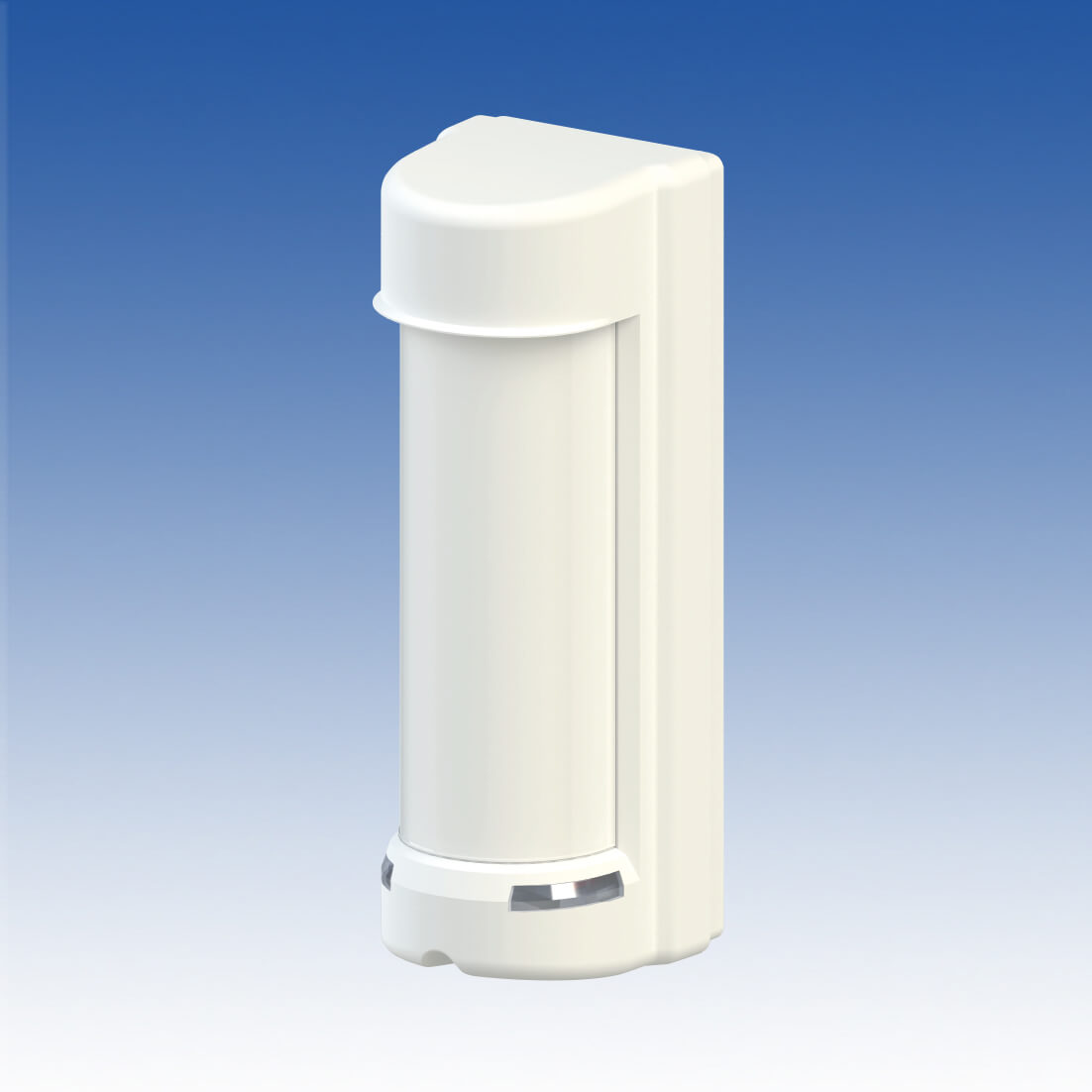 Next generation Dual-Zone detection with anti-masking technology and dual outputs. 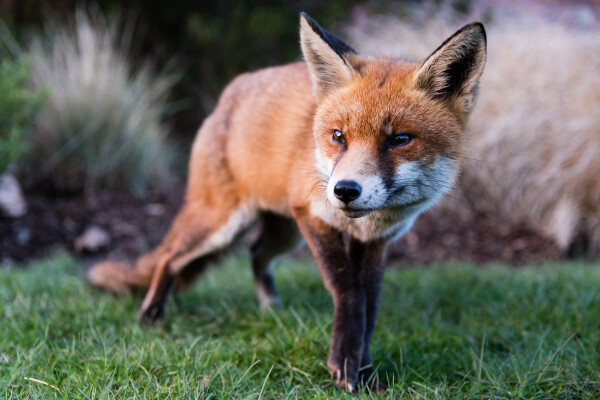 Mention ‘Outdoor PIR’ and people immediately think of the security light that comes on multiple times a night courtesy of the local wildlife, be it domestic or feral, especially with the emboldened ‘urban foxes’.

So how can we still use the most versatile sensing technology but ignore the usual crowd of traditional visitors?

Both of these fields need to be activated to cause an alarm condition, so while cats, foxes and badgers etc will be activating only the lower zone, the sensor will not report an alarm. 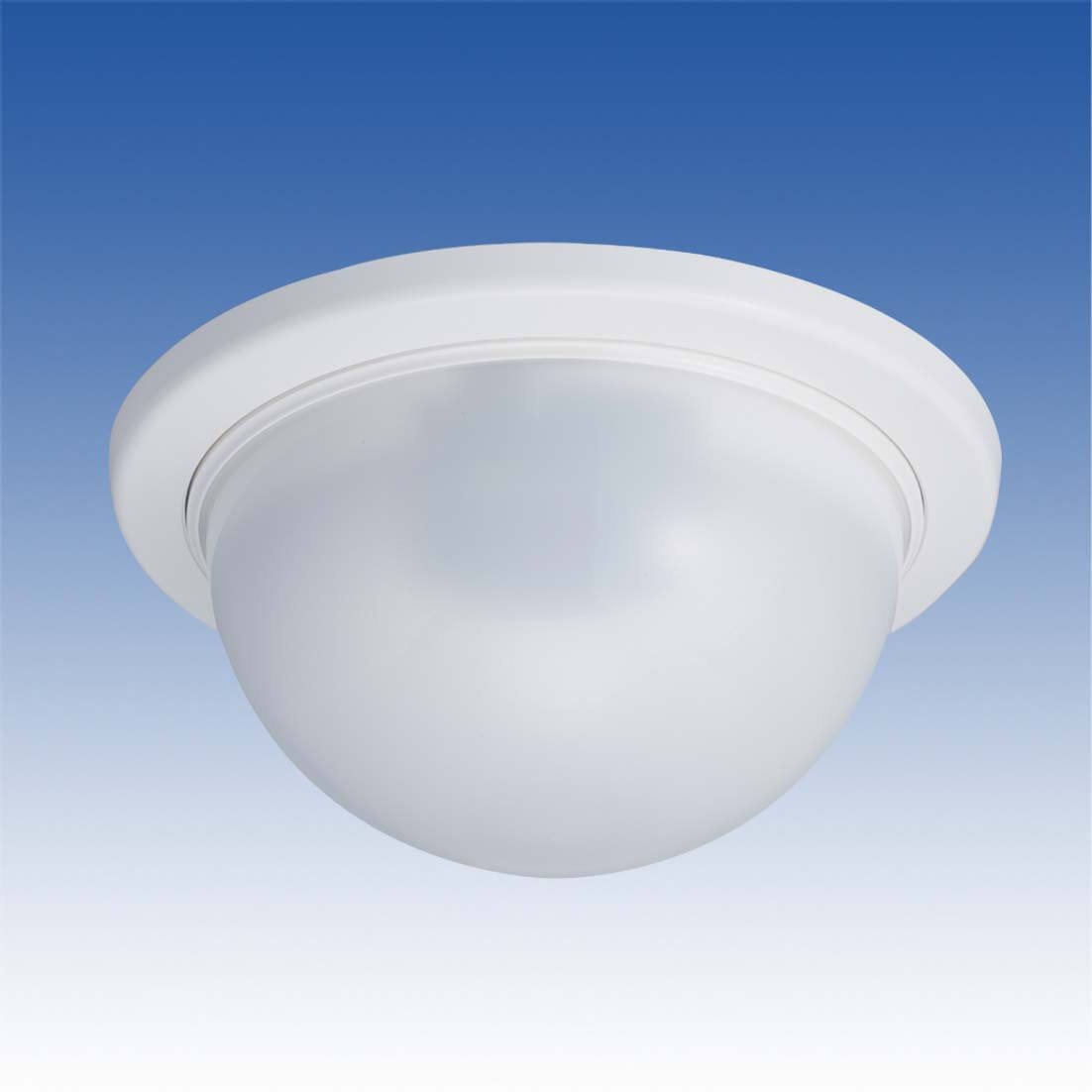 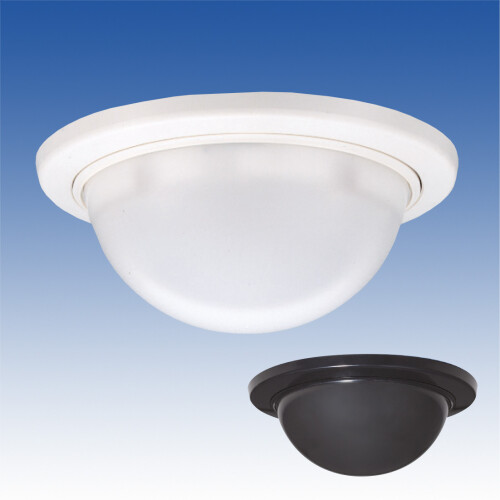 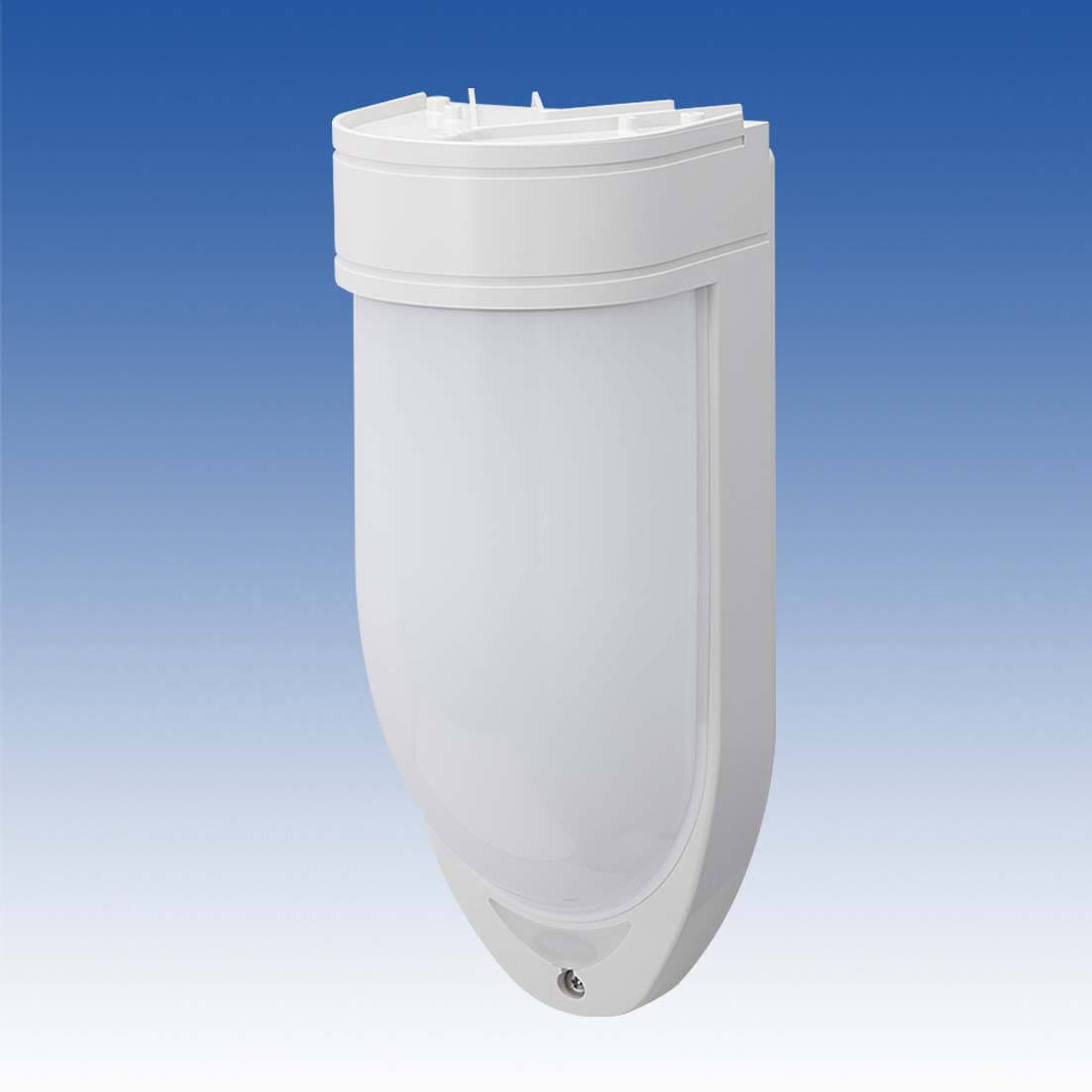 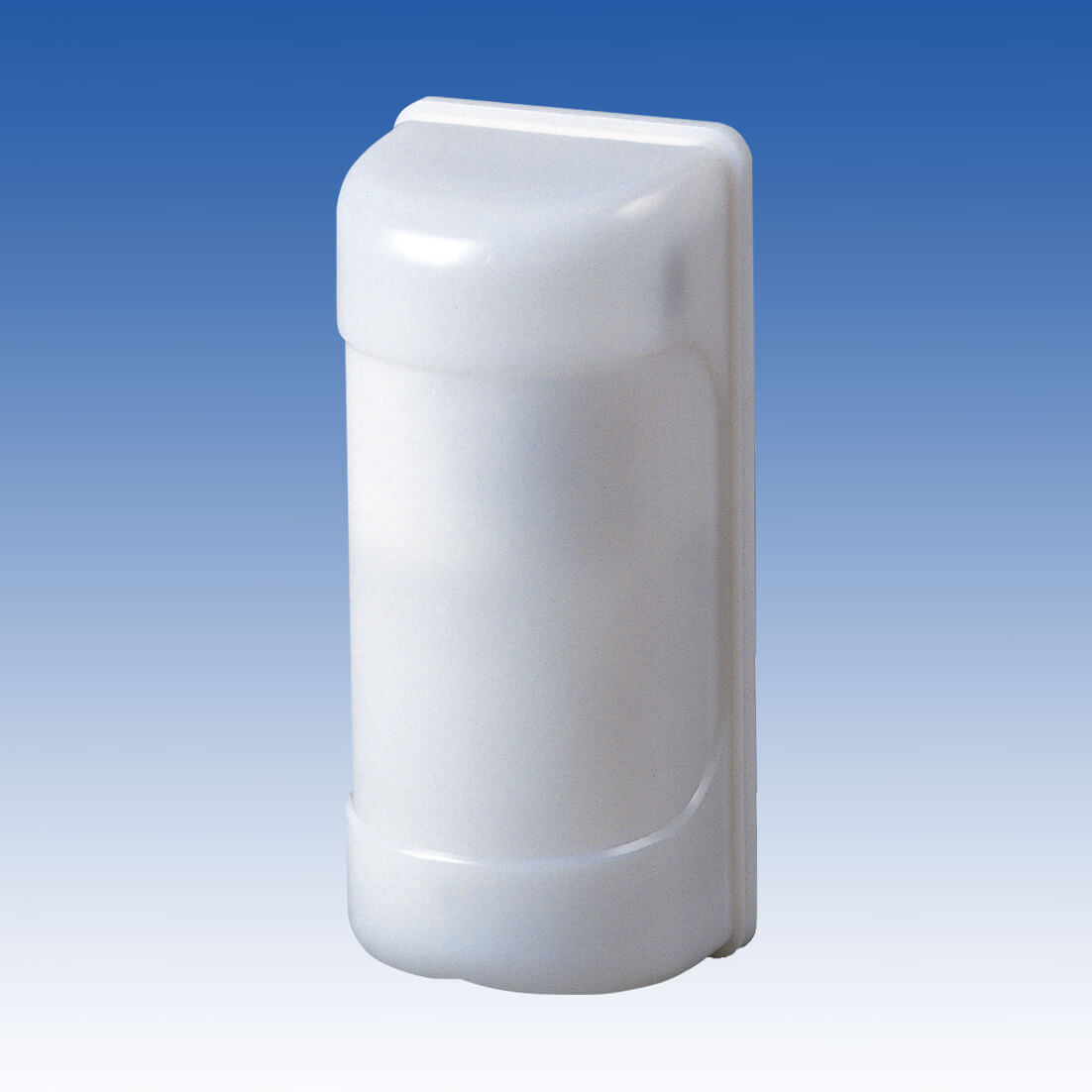 Choose between wide angle, curtain, or long range detection up to 20m / 66ft.

Although the MS-100E has been available for many years, it still remains one of the most versatile PIR’s on the market today. Supplied with different lenses and a comprehensive mask, it isn’t just a PIR; it’s actually four PIR’s in one

Including a UV filter for locations subject to strong sunlight, the sensing head can be rotated internally through 180°, meaning only authorised people know what it's been configured to do, and its featureless appearance means it looks more like a wall light than a security detector.

Configure MS-12FE for 180° detection with this quick video guide.

Proving ever-versatile, MS-12FE can also be configured for window or wall detection in just a few short steps.

WHICH DUAL-ZONE PIR SENSOR SHOULD I CHOOSE?

Designed specifically with the challenges of our feathered and furry friends, be they domestic or wild, the MS-12 series overcomes the usual problems experienced using external PIR’s by using two detectors to cover each zone.

Starting with the MS-12TE this sensor covers a wide angle (up to 90°) and uses both a horizontal curtain and a variable downward curtain, and for a confirmed alarm both need to be broken together. What does this mean in the real world ? If you follow the guidelines and mount the unit around 1m from the ground, then something more than 1m tall would be needed to generate an activation across the 2 detectors in the same area.

The head rotates through 180° meaning our 90° coverage could be anywhere to the front of the device, or, if you prefer, there are masks supplied which will reduce that 90° all the way down to 13° (ideal for wall/window detection).

To enhance this device further the sensitivity can be varied from 30% all the way to 170%, and the Pulse Count (how many fingers of detection need to be activated to generate an alarm) can be changed from 1 to 3, ideal (or essential) for locations where there is an abundance of movement in a zone such as flora or fauna.

MS-12FE also has the advantage of being AND/OR gated, which means if you are in a very challenging location you can have both heads covering the same area, And need 4 zones to be activated together to generate an alarm.

After the runaway success of the MS-12FE we looked for ways that we could reduce the manufacturing cost of the device without losing the core attributes, (i.e. 180° Dual-Zone coverage). This saw the creation of the OMS-12FE, a device that actually added value to the MS-12FE at a reduced cost.

The primary difference between the two models is the OMS-12FE is a ‘fixed head’ device (no rotating parts). So, it’s cheaper and seems to do the same... what’s the catch? The top head assembly (the downward zones) moves up and down to vary the lower zone coverage from 2m-12m, but now it is a uniform coverage across the entire 180°, whereas on the MS-12FE it would be possible to have the two halves of the 180° covering different distances (the horizontal zones will always be fixed at a minimum 12m).

There are a few advantages the OMS-12FE has up it’s sleeve however, whereas the MS-12FE has a selectable pulse count of 1 or 3, the OMS-12FE can be selected 1/2/3/4 so can be tailored more effectively, and also has a Back Tamper to alert if the device is removed from the wall/pole. It can even you warn you if there is a low voltage situation.

The OMS-12FE is also supplied with masks to enable you to customise exactly where you want the device to see, including the ability to set it up for wall detection to protect just doors and windows.

Essentially the TX-114 series is the battery powered versions of the MS-12TE/FE. Designed to be powered either from a 9V PP3 battery (yes, the one we have all tested with our tongue) or from a CR123A battery (usually found inside 3rd party wireless transmitters).

Based on 100 activations per day the 9V (595ma) will last approximately 2 years on the 90° versions and 18 months on the 180°, using a CR123A (1500ma) the detector alone will last approx 4 years (90°) or 3 years (180°), don’t forget this battery will also be powering the wireless transmitter so these times will vary dependent on the transmitter current draw.

The TX-114SR is the direct equivalent of the MS-12TE, using exactly the same housing, the space below the detector head is usually more than sufficient to use most wireless transmitters (a wireless magnetic door contact with an auxiliary input for example is usually the most cost effective method of connecting the detector to your panel).

The TX-114TR is operationally the same device as the TX-114SR, but incorporates an additional back box to allow the use of a larger wireless transmitter. This also has the advantages of being completely sealed and having a back tamper fitted (this is very useful for when the system is disarmed, as it will still register if the entire device is prised from its position, rather than just the standard tamper which activates if the front cover is removed on any of our devices.

As the TX-114FR is the full 180° there is no room left in the front of the unit, so this has the back box as standard, including the back tamper.

To try and preserve the battery life of the wireless transmitter, all of the sensors have a ‘Prohibition Timer’ (nothing to do with Moonshine), this means that after an activation the unit will remain inactive for either 10 seconds, 2 mins, 5 mins or 15 mins to prevent multiple activations from a single event.

Whilst the existing 180° models ticked most boxes, certain markets in EMEA requested Anti-Masking, so rather than just modify the current versions, we decided to see what else we could do to enhance the product, the result being the MX-12FAM.

Using the fixed head design but with the flexibility of independent range control for the left & right from 2-12m, the MX-12 has the back tamper and low voltage monitoring from the OMS-12FE, and has 2 alarm outputs, which can be configured for either independent left/right zones, or used for both zones and used to trigger two devices (panel/chime/camera etc). A durable set of masks is supplied in the front cover (so they won’t be thrown away with the instructions/box).

The Anti-masking technology was designed specifically with the phenomena of intruders using plastic bottles placed over the detector, (something not all anti-
masking systems can cope with), and if activated will generate an alarm output and will also make the LED’s flash to alert the user. The AM condition is easily reset by the user without any need to open the cover.

The MX-12FAMD is the same device but Dual Technology, adding Microwave detection to the Passive Infrared. This can be very useful in conditions where there are troublesome or harsh environments. An alarm will only be generated when both upper & lower PIR zones AND the Microwave is activated. Because this unit is designed with difficult environmental conditions in mind the Microwave and the Anti-Mask functions can be customised to cope with more specific applications.

WHERE TO BUY TAKEX SENSORS