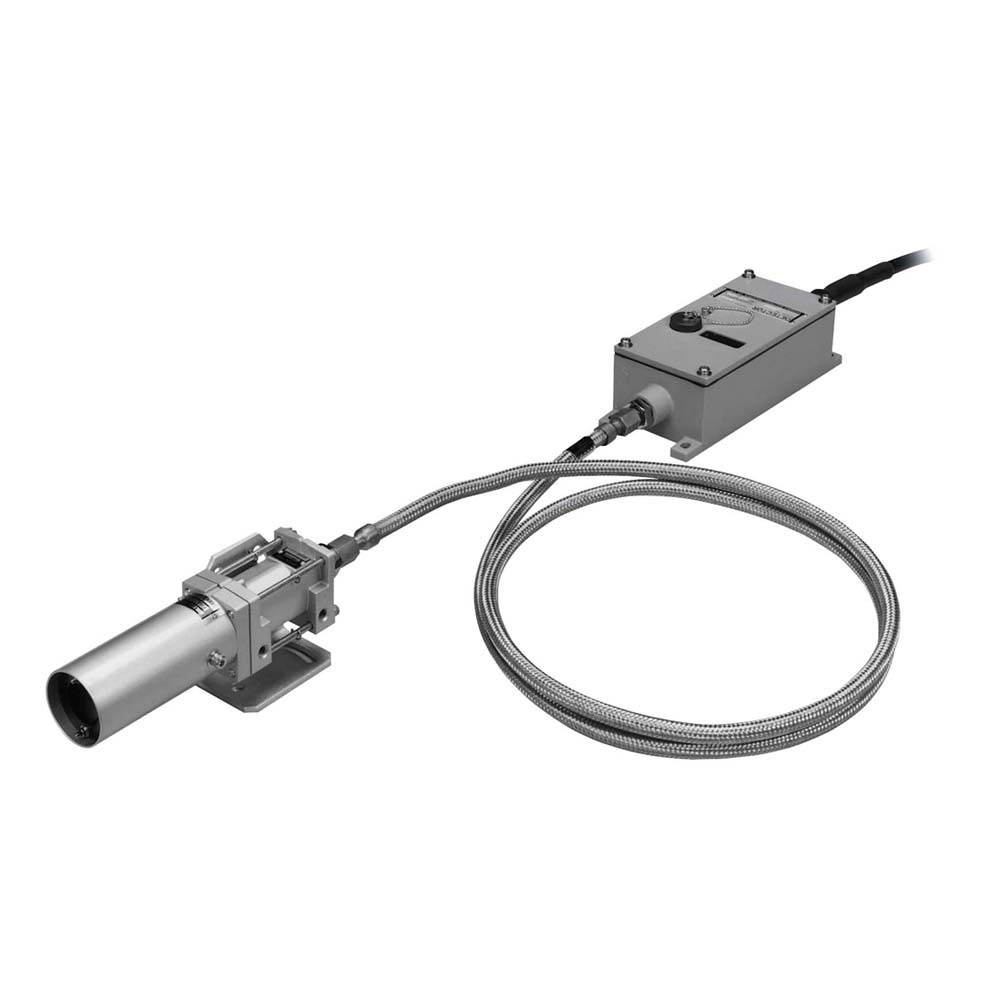 Guidelines are given below for the temperature of a detection object larger than the detecting field of view with optical head (OHA) and fiber optic cable (FG2) used for detection.

Guidelines for the minimum temperature of detection objects

The minimum temperature depends on the length of the fiber optic cable used or the detecting field of view of the optical head.
Temperatures shown in this table are for heated material larger than the field of view. If the material is smaller than the field of view, the lowest detectable temperature is increased. The guidelines are for the minimum temperatures of detection objects with margins of about four times as much as the inherent performance. For detailed data, see “Minimum Detectable Object and Lowest Detectable Temperature.”

When connecting an inductive load such as relay, be sure to use diode, surge absorber, etc. to protect output transistors from counter electromotive force.